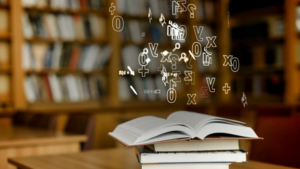 Presented in collaboration with Deep Institutional Innovation for Sustainability (DIIS). 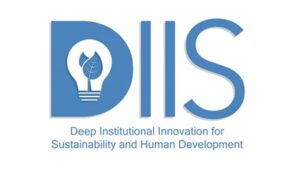 “Only a crisis – actual or perceived – produces real change. When that crisis occurs, the actions that are taken depend on the ideas that are lying around. That, I believe, is our basic function: to develop alternatives to existing policies, to keep them alive and available until the politically impossible becomes the politically inevitable.” (Friedman, 1972)

Milton Friedman is on the button, even though the ideas that he was promoting were those of the neoliberal revolution, ideas that have since become the taken-for-granted orthodoxies and self-evident truths permeating all of our political-economic institutions, policies, governmental discourses and individual consciousness.

Rebuilding economy, society, and subjective identities during an ongoing pandemic, in the wake of Trump, and encroaching climate breakdown calls for fresh thinking, but as  Keynes (1935), who faced a similar situation, between the Wars, during the Great Depression, said: ‘the difficulty lies, not in the new ideas, but in escaping from the old ones, which ramify, for those brought up as most of us have been, into every corner of our minds.’

In the context of our present concatenation of economic, political, and climate crises we should work to ensure that amidst the rubble there are some good ideas lying around; ideas by the light of which we may face into the future  with hope and optimism, for as has been the case before, when in the darkest days of the War, Beveridge (1942) laid out the blueprint for a better future, saying:  “Now, when the War [pandemic] is abolishing landmarks of every kind, is the opportunity… A revolutionary moment in the world’s history is a time for revolutions, not for patching.” 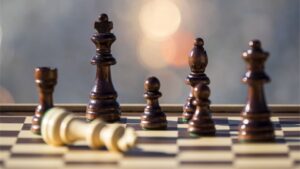 We need to have ‘ideas lying around’ to light the path ahead, to help us to think our way through this unfolding catastrophe, and to imaginatively transform our world and ourselves for a better future; and we need to bear in mind that good ideas “are already anchored in a deep tradition, in ways of life which have already been lived. … The validly new is a recreation of a tradition” (Taylor 2007). In emergency conditions that seem to urgently demand entirely new thinking, we need the presence of mind to know that “imagination is nothing but the working over of what is remembered… imagination is memory” (Vico 1999, 699).

The ‘traumatogenic’ culture of neoliberalism has been intensified by the particular catastrophe of the pandemic, which has amplified ruptures the social fabric: slowdown, with precarity and vulnerability for 100s of millions of people, but huge acceleration to the benefit of others  -vastly increased profits for digitech and biotech corporates, and a 500bn rise in the wealth of America’s 600 billionaires.

When trauma happens in a culture, if it is not ameliorated we see  responses that are typical of trauma (Layton 2014). If the white working class are deprived of ways of making a living, if there is nothing to contain that trauma, to work through that trauma, even to acknowledge that trauma, we find individual and collective processes of retaliation and withdrawal. Neoliberal economic realities and the decline of traditional collective sources of solidarity have rendered white working-class men quite vulnerable. One way they’ve dealt with their heightened feelings of vulnerability has been to draw boundaries between the deserving and the undeserving poor, racialized and gendered others.

In this process of splitting and disavowal blacks, ethnic minorities, migrants and refugees become scapegoats in a late-modern ‘lynching’, sacrificial violence whereby divided, precaratized whites in inoperative communities are re-unified and assimilated into political-cultural communities of ‘new fascism’ (Lawtoo 2019), with messianic authoritarian leaders -Trump, Orban, Bolsonaro who become models that are mimetically emulated by their subject-followers  -‘MAGA’s, Brexiteers, AfD, FN, members swept up in socially contagious epidemics of the will.

How have neoliberal subjects been formed? And what ideas are lying around that may help us envisage a better subject… after neoliberalism? How can we contain the contagion; cultivate and promote a better model? Neoliberal policies have shifted risk onto the individual, and neoliberal governance propounds a particular vision of human nature: the individual is conceived of as an entrepreneur whose “nature” is competitive , rivalrous, and based in self-interest (Rose, 1999; du Gay, 2004). But Humanity, Mauss says, has always been “more than Homo oeconomicus, a mere utilitarian calculating machine … For a very long time man was something different, and he has not been a machine for very long” (Mauss 2002, 98). 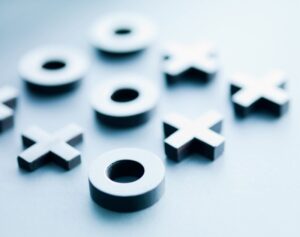 Coronavirus has revealed how in spite of two hundred years of utilitarianism, materialism and individualism, and neoliberalism’s claim that ‘there is no such thing as society, only individual men and women’, society although it has been weakened, is resilient and very much alive in late modernity. Through the pandemic we have seen how the vast majority of people freely and willingly and generously ‘give’: they give their confidence and trust to medical experts and good leaders; they give their consent to restrictive rules and measures; they give up their freedoms and their personal liberties, give up the pleasures of sociability, family and friendships, and they give up their work and their livelihoods, all for the benefit of others.

And those others are mostly persons who are entirely unknown to them personally, anonymous strangers; they give everything up for ‘the common good’, for the abstract idea of ‘Society’. People’s benevolent actions and good behaviour cannot be explained in terms of docile compliance, nor a merely individual self-interested utilitarian calculus of what is ‘for one’s own good’, because when they are asked, people say that what they are doing is ‘right’, and ‘moral’, ‘a civic duty’, and ‘good for all of us’; and they give their gifts with grace, compassion, and magnanimity. This suggests a very different idea of the subject that that which underpins neoliberalism’s cognitive hegemony of competitive individualism, spiralling into mimetic violence.

Rather, it suggests homines curans, the subject of a community of mutual care, emulating actions of mutual solidarity; and it suggests a very different paradigm of economy than laissez faire utilitarian market transactions. Rather the whole purpose of the general economy of gift-sacrifice-expenditure is to ‘re-create life out of life’ (Joyce 2001) ‘for the benefit of a lasting reality’ (Bataille 1998); to generate the conditions of possibility of a future Good Life, wherein envious mimesis is quelled and turned around into the positive mimesis of social reproduction and intergenerational solidarity.

To contribute some ‘Ideas Lying Around’ we will have:

Dr Lynne Layton, psychoanalyst from Harvard Medical School who has written with great insight and prescience on the formation of neoliberal subjectivity and the psychic effects of neoliberalism in terms of irrational exuberance, narcissism, disavowal and perversion. 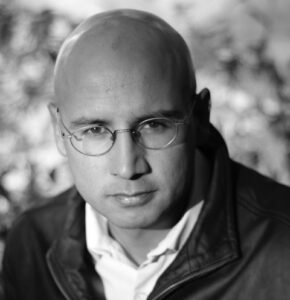