Lina Dencik in conversation with Ray Griffin and HECAT

The crisis emerging from the Covid-19 pandemic has elevated both the
relevance of the welfare state as well as the role of platforms and data
infrastructures across key areas of public and social life. Whilst the crisis shed light
on the ways in which these might intersect, the turn to data-driven systems in public
administration has been a prominent development in several countries for quite
some time. I focus on the UK as a pertinent example of key trends at
the intersection of technological infrastructures and the welfare state. In particular,
using developments in UK welfare sectors as a lens, I advance a two-part argument
about the ways in which data infrastructures are transforming state-citizen relations
through on the one hand advancing an actuarial logic based on personalised risk and
the individualization of social problems (what I refer to as responsibilisation), and on
the other, entrenching a dependency on an economic model that perpetuates the
circulation of data accumulation (what I refer to as rentierism). These mechanisms, I
argue, fundamentally shift the ‘matrix of social power’ (Offe 1984) that made the
modern welfare state possible and position questions of data infrastructures as a
core component of how we need to understand social change. 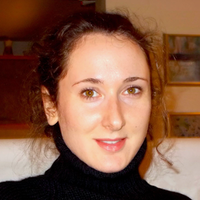