Contemporary ideas about society have a much longer history – connected in a genealogy to theological ideas. For instance, the market is often considered as a space of choice which reveals true value, outside of the control of the state as the inheritor of sovereignty. Equally, modern governance inherits pastoral power, charged with knowing the population and transforming the individual. In these lectures, two leading scholars of the turn towards ‘economic theology’ outline some of the surprising and contradictory historical threads that shape our contemporary predicament and ways of thinking.

In this seminar, we will ask how ’the’ market came to be envisaged as a social space that cannot be fully known and anticipated, as a mysterium tremendum et fascinans. Applying the Foucaultian methodology of the archeology of ideas, dispositions and social technologies, we will – paradoxically – start with Foucault’s own notion of the market as a ’free port’, a space free from political interventions and the all-seeing eye of the sovereign. Tracing this notion backwards, we do not only find it in the writings of the liberal thinkers associated with the Mont Pelerin Society and the 1938 Colloque Walter Lippmann, but also much earlier in the writings of early nineteenth-century Anglican theologians who taught on matters economic. A deeper reading of these Anglican authors reveals that their crucial separation of economics from theology was based on notions of ’market mechanisms’ and ’market forces’, which earlier theologians such as Martin Luther, Thomas Aquinas and Ibn Taimiyyah equally entertained. In the dicussion part that follows after my short presentation, we might ask what this theological tracing exercise might mean for our reading of Michel Foucault, and for economic theology as a paradigm and analytical strategy.

Stefan’s presentation is based on the recently edited Routledge Handbook of Economic Theology. Stefan is Associate Professor at the Department of Management, Politics and Philosophy at Copenhagen Business School, Denmark. His research focuses on the economic sociology of markets and innovation, and he has written widely about market technologies, consumption, and about the market research industry. Some of his latest work deals with the ascetic-sectarian nature of the new data and electronic surveillance industries. 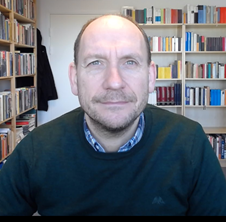 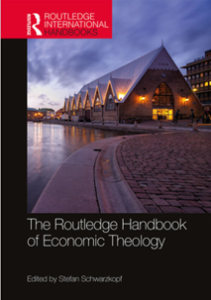 A conversation on economic theology & governmentality with Mitchell Dean

Mitchell Dean is a political and historical sociologist and social theorist best known for his work Governmentality: power and rule in modern society, which holds the distinction of being cited in both The Oxford English Dictionary entry on government and in the first editions of Foucault’s lectures on the topic In French and English. After many years as a Professor of Sociology at two Australian universities, he has lived and worked in Copenhagen for most of the last decade. His new book with Daniel Zamora, to be published in May, is The Last Man Takes LSD: Foucault and the End of Revolution (Verso). 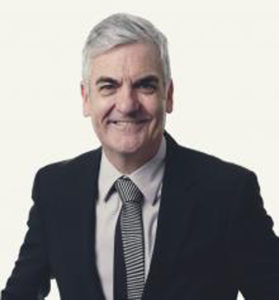