The Great Reversal: How Neoliberalism Turned the Work Ethic against Workers

Drawing from my book manuscript on the history of the Protestant work ethic from its origins in the mid-17th century to the 21st century.

I argue that contemporary neoliberalism in the U.S. today, and to a lesser extent in the U.K. and other European states, amounts to a continuation of a harsh, exploitative version of the work ethic developed by advocates of capitalism in the late 18th century, which I call the “conservative” work ethic.

However, there was also a pro-worker, “progressive” version of the work ethic found in the history of classical political economy, reflected in the work of Locke, Smith, Ricardian socialists, James and John Stuart Mill, Marx, Eduard Bernstein, and social democrats.

These selections focus on one aspect of the conservative work ethic, developed by Bentham and focusing on the criminalization of poverty and consignment of the poor to forced labor. 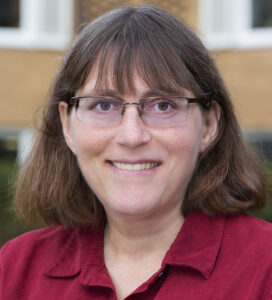 In 1987, she earned her Ph.D. in Philosophy from Harvard University, and joined the Philosophy Department at University of Michigan.

Professor Anderson designed University of Michigan’s Philosophy, Politics, and Economics program, and was its founding director. She has won fellowships from the ACLS and Guggenheim Foundations, was elected to the American Academy of Arts and Sciences and the British Academy, served as President of the Central Division of the American Philosophical Association, and is a 2019 MacArthur Fellow.

She is the author of Value in Ethics and Economics (Harvard UP, 1993), The Imperative of Integration (Princeton UP, 2010), Private Government (How Employers Rule our Lives, and Why We Don’t Talk About It) (Princeton UP, 2017) and numerous, widely reprinted articles in journals of philosophy, law, and economics.

She specializes in moral and political philosophy, social and feminist epistemology, and the philosophy of the social sciences.

She has written extensively on egalitarianism, the interaction of facts and values in social science research, the intersection of democratic theory and social epistemology, and pragmatism.

Her current research reconsiders the history of the Protestant work ethic from the 17th century to 21st century neoliberalism, including the impact of the work ethic on classical political economy and public policy, including welfare policy, labor rights, and regulation.